The puffin with it´s white breast and colourful beak is one of our most beautiful seabirds. For eight months it´s living way out on the open sea, far from the coast. In the middle of april, the pairs return to Bleiksøya for breeding. The nests are dug out into the ground. The puffin is monogam,  has only one egg per season. The oldest ringmarked puffin found in Norway was 43 years old, average age is 25 – 30 years. They can dive as far as nearly hundred metres to catch fish, and can easily carry many fish in the beak at the same time. 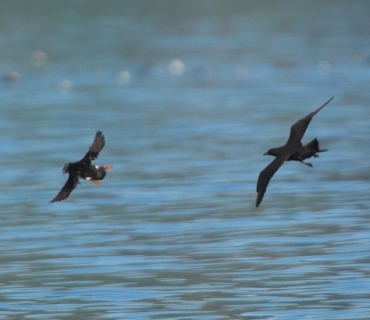 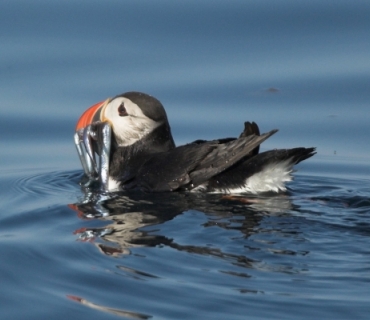 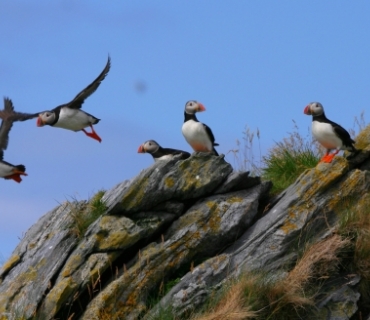 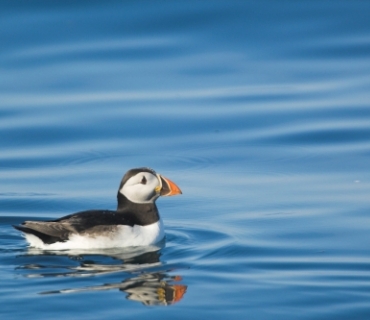 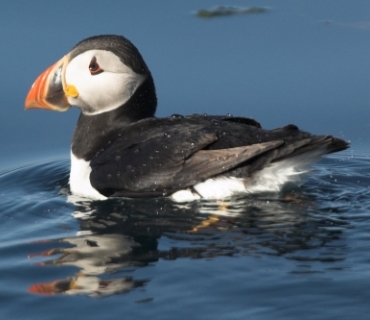 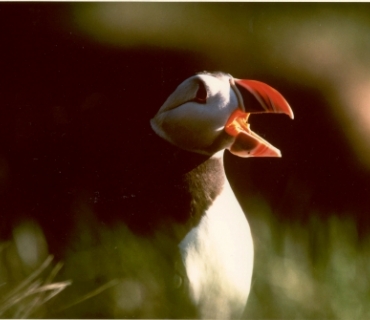